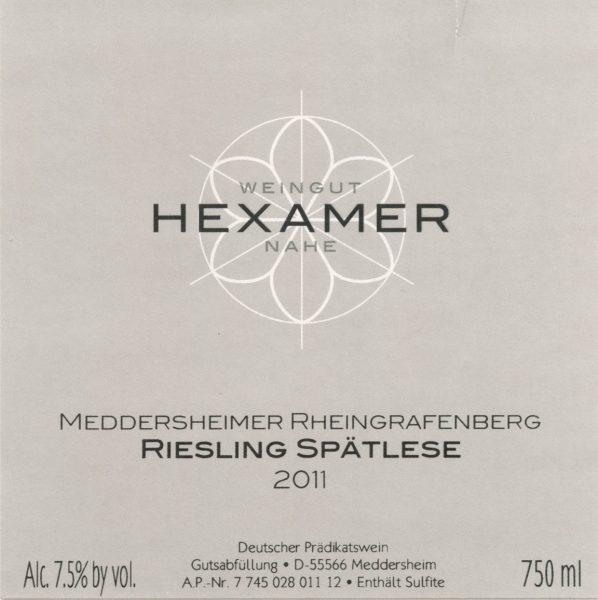 This is sourced from the best area of Rheingrafenberg named “Birkenfelder”.

Rheingrafenberg is considered by Herald as their best Meddersheim vineyard. Of the total 22ha, 7.3ha is owned by Hexamer. The soil is comprised of sandstone, quartzite and gravel. It is steep (55°) and south-east facing.

2019
james suckling
Score
92
Date
2020-09-17
"A classic German riesling Spätlese with lots of peach, mango and citrus, but also quite some power and a rather dry finish. Drink or hold. Screw cap."
2006
parker
Score
90
Date
2008-11-03
"From a warm parcel named after the nearby community of Birkenfeld whose nobility once owned it, the “two star” 2006 Meddersheimer Rheingrafenberg Riesling Spatlese smells of peach preserves, spiced apple, and root beer. It is opulently rich and creamy with honey and caramel leavened by lime citricity. While lacking the mineral interest, clarity or sense of weightlessness conveyed by this year’s “one star” Spatlese, this represents a refined expression of very pure fruit and noble rot and should be capable of at least two decades worthwhile development."