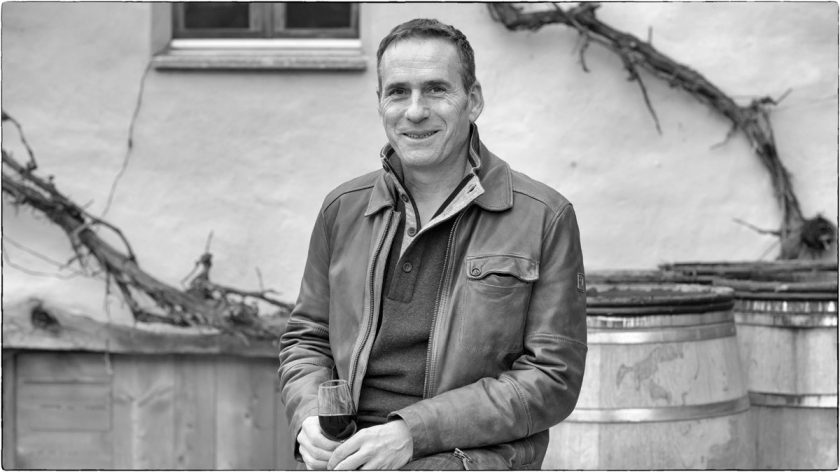 The Roh family has its origins in Alsace having crossed the mountains into the Swiss Valais during the 17th century. They settled in the town of Conthey which eventually in 1862 was split into two communes: Conthey and its neighbor, Vétroz. It is in the latter village that the Roh family and its cave are located, essentially in the heart of the Valais.

Serge Roh’s father, Marc, began to vinify the grapes from his own vineyard parcels in 1950 and progressively added additional plots of land over the years. The domaine now encompasses ten hectare of vineyards. Serge joined his father in 1984 after having studied at the cantonal school of agriculture and at the prestigious school of oenology at Changins. Serge Roh took complete responsibility for the domaine, known as the Cave Les Ruinettes, in 1999. His wife, Patricia, works by his side handling all the administrative tasks for this distinctly family affair.

The Roh family has assembled an impressive selection of vineyards and cepages, almost all of which are situated within the confines of Vétroz and Conthey. Their ten hectares include four white and five red grape varieties which allows them to offer one of the most complete lineups of traditional wines of the Valais and which are particularly representative of the Vetroz appellation. The white grapes are planted on the steep hillsides, most of which are formed into terraces, with a full south exposure. The soil is composed of schist and glacial moraine. All work is done by hand since the extreme slopes of this magnificent valley do not permit any mechanization. The red grapes are cultivated in a zone slightly lower in altitude where the soil is infused with round stones known as “galets” which have been rent smooth by years of alluvial action. The bulk of the vineyards are quite old, with the average age of the vines being 35 years (as of 2011).