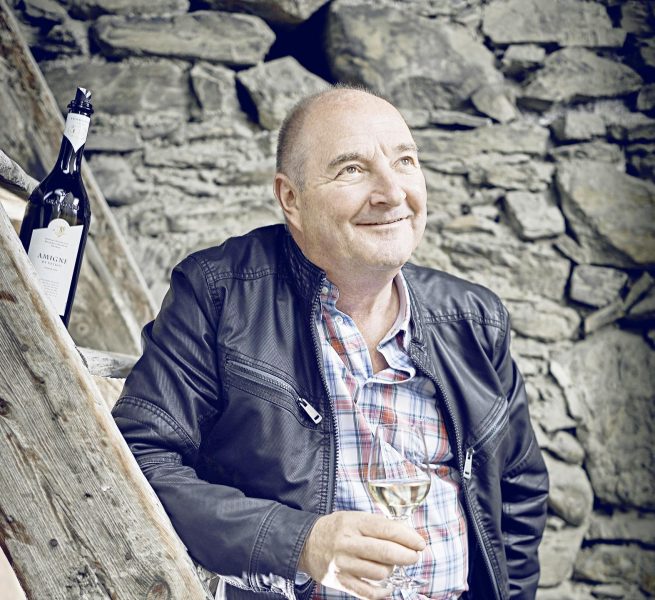 Romain took the reins from his parents Odette and Leon in 1986, marking the domaine’s third generation of stewardship under the Papilloud name. Aided by his wife, Gladys, and Vincent, their son, Romain cultivates four hectares of vines, with the majority located in Vétroz, supplemented with smaller holdings in the neighboring villages of Conthey and Ardon, all centered in the heart of the Valais. The steep slopes of the vineyards require intense manual labor throughout the growing season and through the harvest, which fits in nicely with the minimal-intervention approach to the entire production at the estate.

A wide range of wines are produced from these relatively modest vineyard holdings, which Romain categorizes into four headings: Tradition (most of the wines belong to this group), Grands Crus, Reserve and Saveurs Nobles. We currently offer a selection of Tradition and Grands Crus, as these typify the varietals and terroir of the region with the most fidelity.