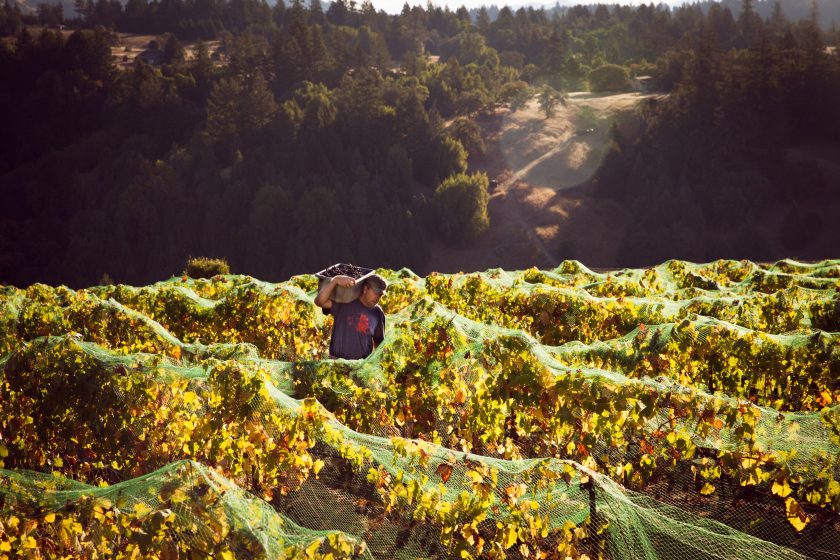 After cutting his winemaking teeth assisting a consultant in France’s Rhone Valley during the difficult 1992 and 1993 vintages, Ehren Jordan went on to make powerful Petite Sirahs and Zinfandels for Turley Wine Cellars. The lessons he learned in France about maximizing ripeness in challenging conditions now serve Jordan at the 85-acre property on the Sonoma Coast, about 2.5 miles from the Pacific Ocean. In 1998 Ehren planted another parcel contiguous to their first, and in 2002 planted it with five acres of rootstock before grafting six selections of long-coveted Pinot Noir scion material the following year. Ehren’s commitment to the highest standards of viticultural practice, coupled with his education in France and throughout California, is expressed every bottle of Failla Chardonnay and Pinot Noir.