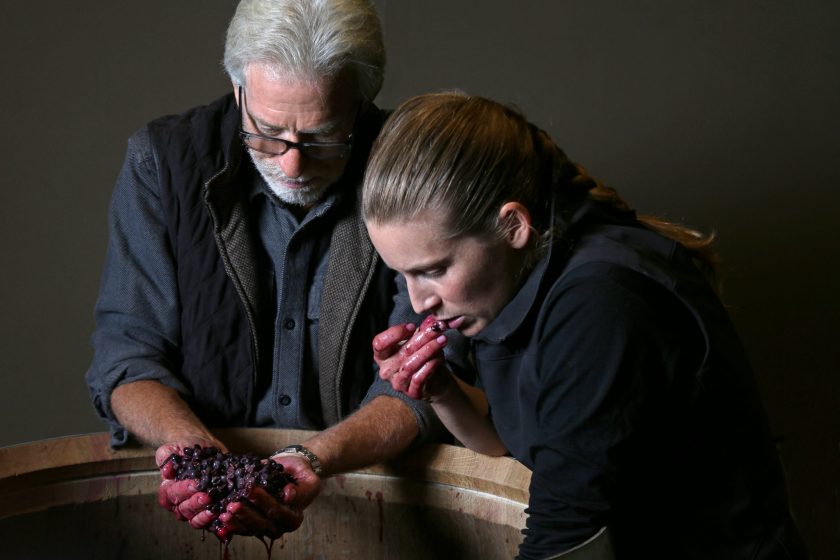 In 1906 Cesare Mondavi immigrated to the United States from Italy in pursuit of the American Dream. He moved his family in 1922 from Hibbing Minnesota to the California wine country. From their humble beginnings in the grape shipping business, the Mondavi family has thrived and branched out in several directions. Today the combined presence of family members has established the Mondavi name as one of the foremost in the world of fine wine.

The Project: Continuum is yet another page in the Mondavi family legacy, a ‘5th beginning’. Founded in 2005, it is a partnership of members of the Robert Mondavi family. It is a rededication and refinement of the family’s longstanding commitment to excellence in winemaking. Continuum’s goal is to produce a single wine that is recognized among the finest in the world

The Partners: The partners in Continuum represent three generations. At the helm is Tim Mondavi who led the winegrowing team at Robert Mondavi Winery for 30 years. He is joined in guiding the vision and direction by his sister Marcia. His father Robert was also an integral part in helping Tim create the Continuum project, along with Robert’s wife Margrit. Their combined passion and creativity are the primary inspiration for this important new beginning. Carissa Mondavi is the first of the third generation to join the winery.

The Production: Continuum Partners launched Continuum with the 2005 vintage. In this initial vintage, the family produced a single wine, a unique blend of 60% Cabernet Sauvignon, 20% Petit Verdot and 20% Cabernet Franc. This promising wine continues the family’s proud tradition of producing balanced wines of power, finesse, elegance and complexity. The first release yielded 1500 cases.

The Pedigree: The Continuum partnership is more than just the ongoing legacy of the Mondavi family. It is a renewed commitment to the innovation, excellence, and artistic expression in grape growing and winemaking. The grapes for both the 2005 and 2006 vintages come from vineyards in the Oakville appellation, cultivated by the Mondavi family for decades. The 2007 vintage also includes fruit from Pritchard Hill, where the new Mondavi Estate Vineyard is located, and the future of Continuum will reside. The wines are raised with time honored and respectful techniques, acquired over four generations and 85 years of experience.