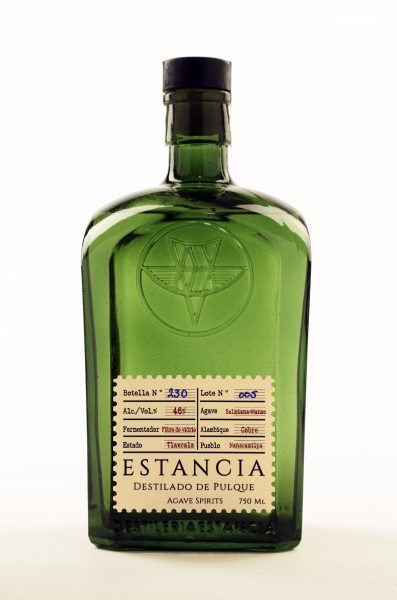 The history of beverage alcohol made from agave goes back long before the dawn of distillation. Indigenous communities used agave to make pulque, a milky white drink made by fermenting the agua miel (sap or nectar, literally “honey water”) of the mature plant’s heart.

In the state of Tlaxcala in southern Mexico, the Razo family – led by maestro Rodolfo de Razo – has helmed the Rancho San Isidro collective for five generations, working with around 40 families to produce over 3000L of pulque per day to be sold at pulquerias in Mexico City and Puebla.  In 1986 the family began distilling unsold pulque, which is known for its brief shelf life, to minimize waste and retain some return on their agricultural yield. In 2018 the family began a partnership with Estancia to release their Destilado de Pulque commercially.

Made using Manso, a subspecies of Agave salmiana, the sap is harvested by removing the quiote (reproductive stalk) and crown of the mature agave, allowing its sugars to collect in the resulting bowl-shaped hole. Drawn out slowly (10-20 liters per plant per day), the agua miel ferments within 48 hours in fiberglass vessels, which is then distilled twice in a short copper column.  The resulting spirit is green and vegetal, with curious notes of cardamom, lemongrass, peppercorn, sharp cheddar and sorrel.