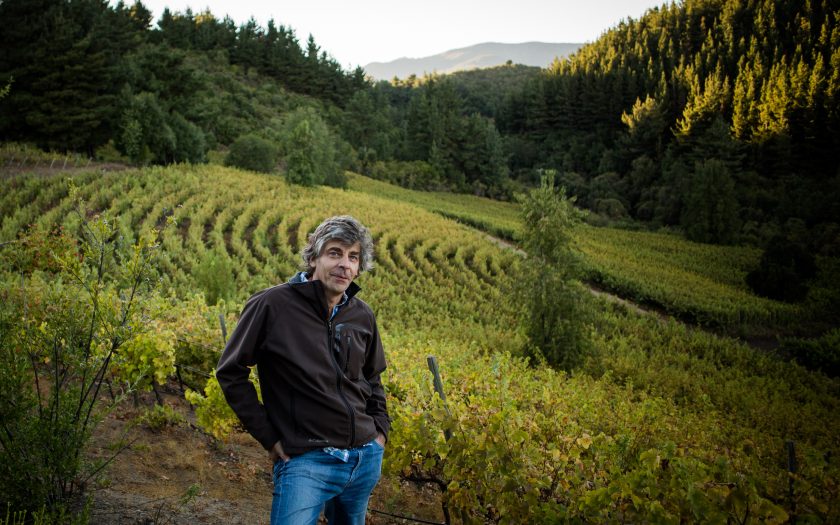 Dubbed Laberinto for the labyrinth-inspired row plantings in his 23 hectares under vine, Rafael Tirado established the winery in 1993 in the easternmost corner of the Maule Valley, nestled in the foothills of the Andes Mountains, after previously serving as winemaker for several larger Chilean wineries in the Maipo Valley.

At a time when most wineries were focused on Chile’s warmer Central Valleys, Rafael, or Rafa for short, recognized a unique opportunity and purchased land where he had once spent time as a child in the remote town of Colbún. With a landscape dominated by conifer trees and pristine mountain-fed lakes, this cooler continental climate is home to some of the country’s best skiing, mountain biking, and many of its thermal hot springs.

Rafa is widely considered to be of the most seminal figures in the modern history of Chilean winemaking and younger winemakers across South America, from Pedro Parra to Sebastian Zucciardi, mention his name in reverence. An artisan in the time of bulk production. Despite this recognition as both a pioneering winemaker and now consultant, he remains ever humble, with a charming and candid resolve to continue improving his wines each vintage. Producing wines from only his estate vineyards, he farms organically and allows all his ferments to begin with native yeast. After nearly thirty vintages, his wines’ signature balance of acidity and elegance have cemented them as benchmarks within Chile.