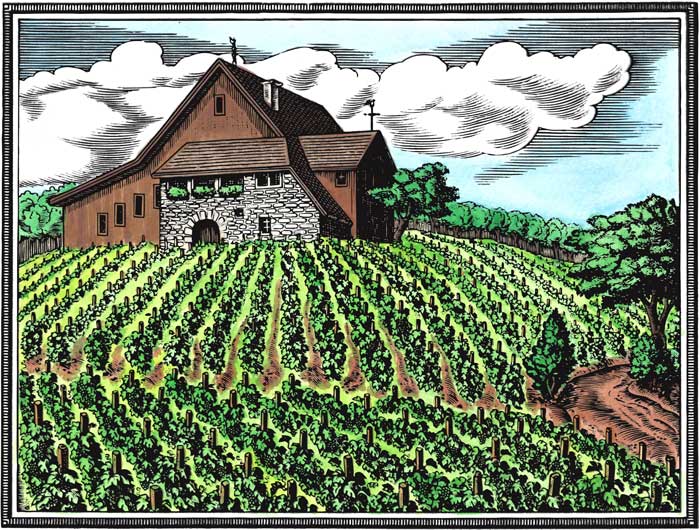 Ambassador James D. Zellerbach founded Hanzell Vineyards in 1953 with a vision to create wines that could compete on the world stage.  Named after his wife Hana, Hanzell sits at the southern toe of the Mayacamas mountain range overlooking the south-western end of Sonoma Valley and San Pablo Bay.  After extensive time spent in Burgundy, Zellerbach returned inspired and educated by the region’s wines and grapes—Pinot Noir and Chardonnay.  He then planted these two varieties at a time when there were less than a few hundred acres of each planted in North America.  There are six different vineyards on the property, including some Pinot Noir still standing from the original 1953 planting, deeming it one of the very oldest plantings in the region.

Since 1975, Hanzell has been owned and managed by the de Brye family, who is dedicated to the preservation of tradition with a progressive and sustainable approach to ensure the health of the land. In 2014, Jason Jardine took over as Hanzell’s President and Director of Winemaking. Jason has an impressive resume which started with an internship at Robert Mondavi Woodbridge Cellars at the ripe age of 21. He later moved on to manage the vineyards at Soter, took the reigns at Rhys Vineyards, helped Flowers convert to full biodynamics and last came to Hanzell to help the farm realize its dream of becoming fully sustainable and biologically independent. Alongside vines, one will find pigs and chickens roaming through the fields, a fully productive garden that feeds the Hanzell staff yearround and not a trace of any chemical or pesticide in sight. All the wines are sourced from the estate and the estate is farmed following the “bio approach” which makes use of a natural nutrient cycle. The soils are primarily volcanic with a thin layer of red clay on top and the vine age is attributable to being planted on St. George rootstock, which is resistant to phylloxera.