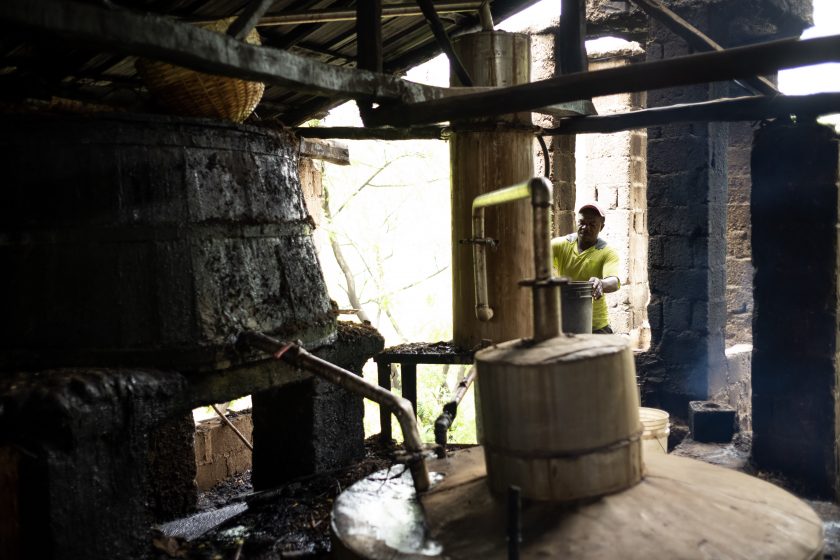 Boss Méles Augustin Normil is a master craftsman specializing in metalworking and engineering who has built a career building and maintaining cane presses (his well-earned prefix “Boss” is the term for someone at the absolute pinnacle of their trade). Méles began distilling as a hobby and now sells quite a bit of clairin on the local market, having become known for the local style for which Pignon is famous, which employs the use of vinasse (the oily and dense matter left over post-distillation) to kickstart fermentation in subsequent batches. Vinasse is known as “dunder” to fans of Jamaican rum and is highly prized for the complexity it lends to the final distillate.