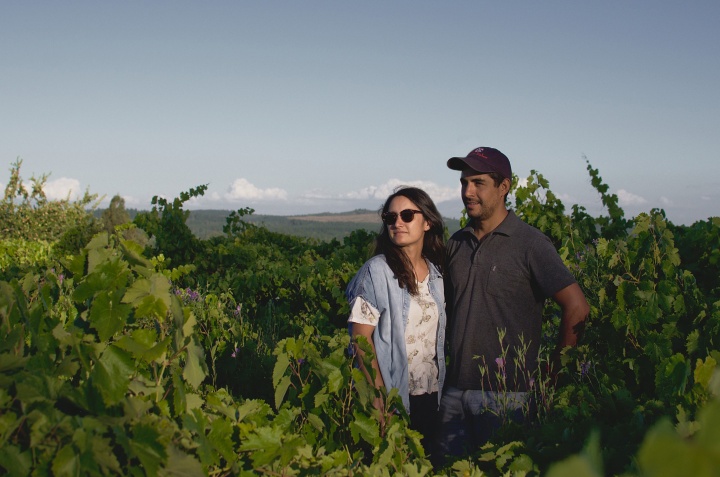 After studying viticulture and enology at the Catholic University of Chile in Santiago, Mauricio worked at several more modern wineries throughout South America, from Garcés Silva in Leyda and Luis Felipe Edwards in Colchagua to our very own Altos Las Hormigas. However, his ambition was always to express Chilean terroir honestly, as farmers have for centuries before him. He cites Pedro Parra as the most influential figure in his career so far, whom he met while in Mendoza at Altos Las Hormigas. Pedro convinced him that he should look south to the country’s “forgotten vineyards” where Mauricio had spent very little time previously. His involvement in another project, Tinto de Rulo, with two of his friends finally led him to the village of Yumbel specifically and it’s there where this project began.

Since their first vintage in 2015, Mauricio and Daniela’s wines have quietly become some of the most exciting in Chile. Together, they dry farm 4 hectares of Pais, Malbec, and Moscatel, all of which are bush vines planted on volcanic soil. He farms as naturally as possible, uses little to no sulfur, and bottles without fining or filtration. Despite their rustic surroundings, the wines are energetic, precise, and refreshingly drinkable.