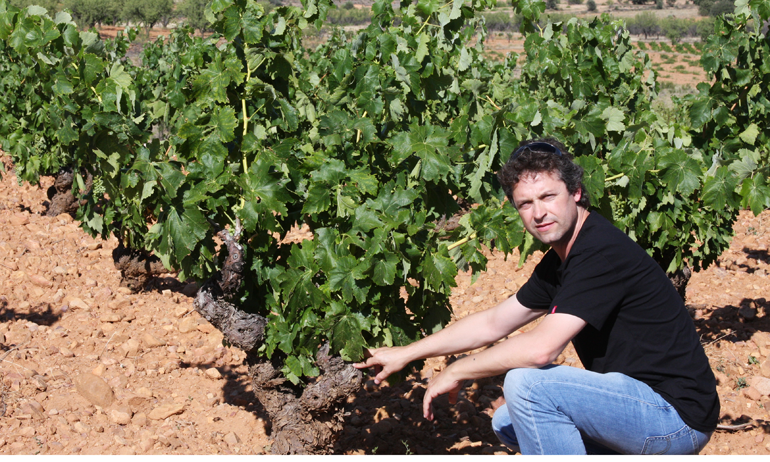 Isaac Fernández Selección is a unique collaborative venture between two individuals – Isaac Fernández Montaña one of Spain’s most acclaimed winemakers and Aurelio Cabestrero whose vision and commitment helped bring Spanish wines to the forefront in the United States. They work at rediscovering forgotten regions of superior terroir and maximizing the potential from old vines of indigenous grape varieties in a number of regions.

Bobal is the second most planted red grape in Spain, but is little known. Isaac believes in the potential of the grape to produce fine wine of a quality much higher than its historic use as a blending grape to give tannin and acid to a red blend. In 2011 they bottled their first vintage of Bovale, a 100% Bobal named after the ancient Roman name for this grape.