There is no person more Montalcino than Gigliola Giannetti. Born and raised in Montalcino, her first full time job was working for Franco Biondi Santi, owner of one of the town’s most famous estates in 1985. But she wasn’t content to stay very long—in 1987 Gigliola’s entrepreneurial spirit brought her to open her own wine shop on the main drag of Montalcino. In her work for the Consorzio di Vino Brunello di Montalcino, she had befriended the legendary consultant Giulio Gambelli, who later stewarded the founding of her own estate when she bought her first parcel of land in 1993, coinciding with her daughter Viola’s birth. In 1996, she purchased another parcel of land in Sant’Angelo in Colle, La Torre, coinciding with her second daughter Sodia’s birth. 1997 was the first vintage of Brunello “Le Potazzine”—Le Potazzine was the nickname Gigliola’s mother had given her two delightful granddaughters, local dialect for a songbird noted for its beauty and happiness.  The wines immediately thrilled clients and critics alike, and even though it was the “moment of the barrique,” Gigliola was never tempted to change her aging regime from large Slavonian cask. The wines were always laser pure expressions of Montalcino terroir with an appealing elegance, and they remain so today. Both “Potazzine” now work with their mother at the estate, guaranteeing the continuity of a future generation.

Fermentations at the cantina are traditional: done with native yeasts at ambient temperature and long – up to 30 days for both Brunello and Rosso. Both wines age in Slavonian oak casks of 30-50 hectoliters; Brunello for 42 months, and Rosso up to 12 months, and the rarest of all Riserva up to 60 months. It should be noted, however, that Le Potazzine has only made a Riserva four times in 25 years of production: 2004, 2006, 2011 and 2015. All 5 hectares of Le Potazzine’s vineyards are classified for the production of Brunello, so their Rosso is of course declassified Brunello. The family has always worked organically, but from 2019 all wines will be certified organic (even if not stated on the label).

“Le Potazzine is one of the rising stars in Montalcino. [Le Potazzine] excel with classically built wines that capture the essence of this high altitude site just a few kilometers outside the city center.”
– Antonio Galloni 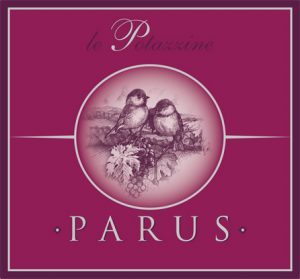 100% Sangiovese from the La Prata and La Torre crus.  Fermentation and maceration occurs over 25 days.  The wine matures in large oak casks for three months before bottling. 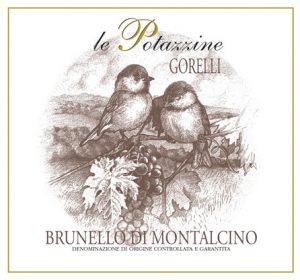 100% Sangiovese from two vineyards in Montalcino: ‘Le Prata’ with SE exposure at 500m above sea level; and ‘La Torre’ with SW exposure at 320m above seal level. Fermentation and maceration lasts 30 days. The wine then matures for 10 months in large oak cask before finishing in the bottle for 6 months before release. 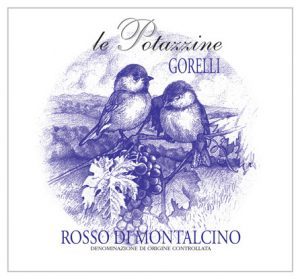 100% Sangiovese from two vineyards in Montalcino: ‘Le Prata’ with SE exposure at 500m above sea level; and ‘La Torre’ with SW exposure at 320m above seal level. Fermentation and maceration lasts 30 days. The wine then matures for 40 months in large oak cask before finishing in the bottle for 12 months before release.