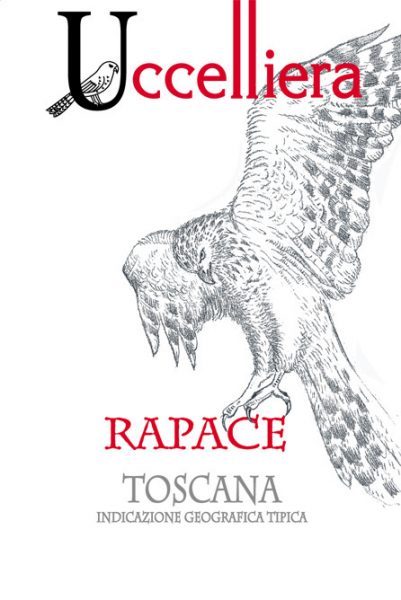 2017
parker
Score
91
Date
2020-01-31
"Uccelliera's 2017 Rapace is the most fruit-forward of the three vintages I tasted in this mini vertical (consisting of 2015, 2016 and 2017). This makes perfect sense given the scorching hot and dry conditions of this growing season. Rapace is a blend of 70% Sangiovese, 20% Merlot and 10% Cabernet Sauvignon, aged in French oak for 18 months. The wine delivers ripe and dark fruit, with a subtle dusting of crushed mineral that becomes more prominent as the wine takes on air in the glass. However, it is a bit thinner and shorter compared to the other vintages I tasted at the same time. Due to the difficulties of the vintage, production was reduced to 9,600 bottles. Those bottles were filled in July 2019 and were released in January 2020."
2016
james suckling
Score
91
Date
2019-11-07
"A fresh and clean red with cherry, strawberry and light vanilla character. Medium body. Crisp finish. Drink now."
2016
parker
Score
94
Date
2020-01-31
"The Uccelliera 2016 Rapace (a blend of 70% Sangiovese, 20% Merlot and 10% Cabernet Sauvignon) shows a focused and chiseled personality that is very characteristic of this vintage. The wine's mineral side, with shadings of lead pencil and crushed stone, give sharp contours and delineation to the abundant black fruit packed tight at the core. The wine shows bright acidity with more than enough rich fruit to bolster that freshness. Some 11,300 bottles were produced, and this bottle was originally released to the market in January 2019. This is an outstanding value buy."