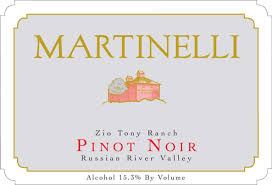 The “Zio Tony Ranch” is named after Lee Martinelli Sr.’s uncle, whom was the first in the Bondi family to be born on American soil. Zio Tony was the son of Paolo Antoni Bondi and Adele Gemma Cardellini, who emigrated from Italy in the late 1800’s, and immediately set up farming potatoes. In one year they saved enough money raising potatoes to purchase the apple ranch on which Tony was born and where he and his sister, Alma, were raised. Zio Tony, Zio meaning ‘uncle’ in Italian and pronounced ‘tseo’, was a very charismatic man with a big booming voice who loved a good time. His broad handsome smile is still legendary in the old farming community of western Sonoma County. He was the entrepreneur of the family and began buying individual properties and planting apple trees, eventually establishing the largest apple orchard in the county. When Zio Tony passed away in 1971 his nephew, Lee Martinelli, Sr., took over management of the estate. The love of his family’s heritage land was too great for Lee to sell the property and in one short season he went from High School teacher to Apple Farmer.