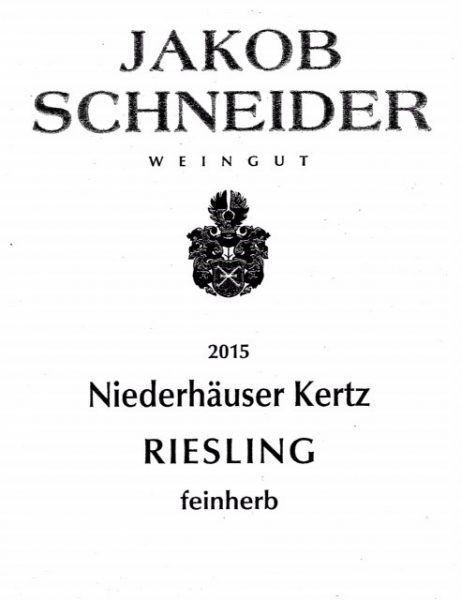 2017
vinous media
Score
90
Date
2019-04-18
"The Kerz Einzellage – much of which, sadly, has reverted to scrub – was recently officially amalgamated into the Klamm. So Schneider has registered the cadaster name “Auf der Kerz” that applies to the core vineyard where he has his holding. (Other growers in the former Kerz Einzellage will now bottle wine from their holdings under the name “Klamm,” to the chagrin of Schneider, a champion of and major landholder in the geologically and microclimatically distinct “genuine” Klamm.) Zesty lime and tangy pineapple, pungent coriander seed and sizzling spearmint mingle in a forward, come-hither nose. The palate impression is palpably dense and faintly chewy as well as invigoratingly tangy. The lingering finish is decidedly sweet from 28 grams of residual sugar, tempered by efficacious acidity but with the upshot, at least for now, being an edgy sense of sweet-sour tension. Incidentally, the entirety of this bottling came to the U.S. (Two other lots of Auf der Kerz were blended-together to form an alternate feinherb, A.P. #33, harboring 24 grams of residual sugar. That wine, also reviewed in this report, was sold inside Germany.)"