MX-XOR-01-NV ** This item is not available in your region.

Origen Raíz represents a partnership between two distinct sets of Mexican roots: the Saravia family of Durango, who have a long history of working to improve the local economy through business, and the Cortés family of Oaxaca, who contribute six generations of knowledge to the world of mezcal production. The  families were brought together by their sons, Asis Cortés and Bildo Saravia, through cultural passion and respect for each other’s heritage.

Bildo’s home, Rancho el Ojo, is located on an untamed swath of land in the Mexican state of Durango. The ranch sits in the cradle of of the state’s wild agave, sotol, and nopal populations. Here, the wild agave known as Cenizo flourishes in the rocky soil.

At Rancho el Ojo, with the support of the Cortés family and under the tutelage of Maestro Mezcalero Ignacio Grijalva Santiago, Origen Raíz is made, binding together two lineages of terroir and family tradition through a common respect for Mother Earth and her gift of agave.

To make Origen Raíz, the hardy wild agave species known as ‘Cenizo’ is harvested from high elevations on Rancho El Ojo in Durango after maturating for 10-14 years. The piñas are cooked in a wood-fired pit oven and crushed by a traditional mule-drawn tahona. After openly fermenting in oak tanks, two distillations take place in copper pot stills. Concentrated aromas of sweet, roasted agave give way to lightly perfumed floral notes of raw honey and honeysuckle. Origen Raíz is a full, round, and rich mezcal with a mildly spicy finish. 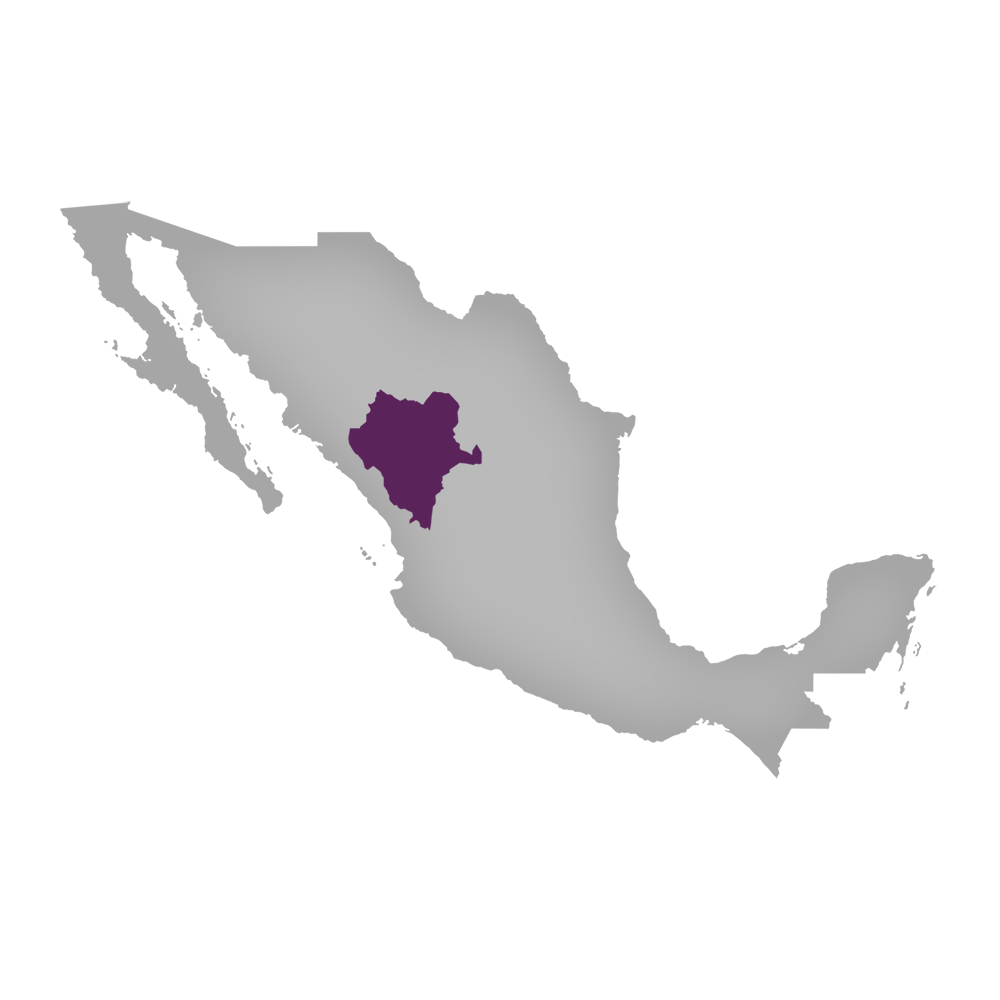