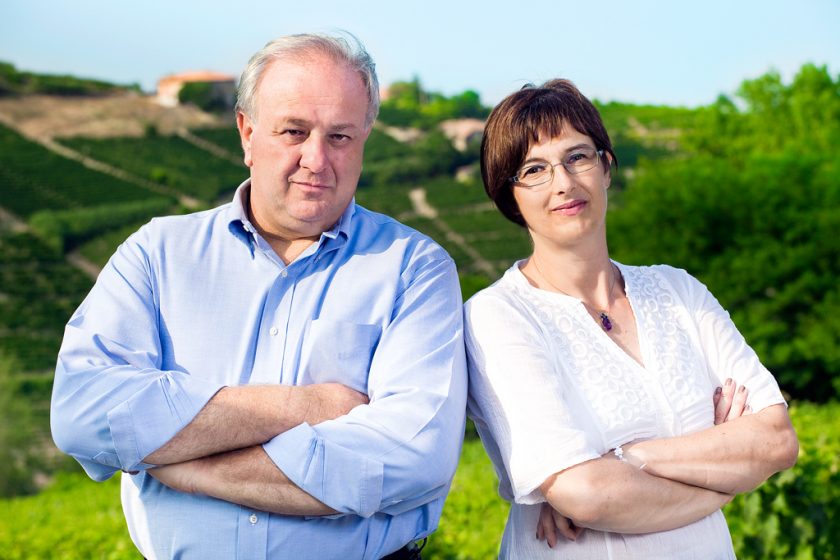 The hail in Moscato country was so terrible in 1980 that Alessandro Boido’s father decided it was time to give up. He stopped producing Moscato under the Ca d’Gal label that his grandfather had founded in 1864, and started selling his grapes to the local cooperative. But that wasn’t to last very long. In 1983, Alessandro, the fourth generation of this historic family, graduated with a degree in agriculture, and started his travels through France and Germany working as an apprentice at various wineries. By the late 1980s, he was back home in Valdivilla, bringing with him the passion and energy to restart the family business. He relaunched the family label in 1989 with 3000 bottles of Moscato. Today the farm has grown to 12 hectares that produce about 8000 cases per year. One of his first decisions in 1989 was to stop the use of any chemical or systemic products in the vineyards. His philosophy was greatly influenced by his peers the late Domenico Clerico and Angelo Rocca: Alessandro lowered the yields through green harvest, and focused his attention on preserving his older vines which naturally limit the production to fewer, but higher quality grapes.

Long before our collaboration began, Alessandro’s Ca d’Gal wines were known to us: highly recommended by Andrea Sottimano, Ca d’Gal is also imported into France by Antoine Graillot and his wife Sophie as one of their A Bicyclette Selections, alongside other names from Piedmont like Cavallotto and Sandrone! And if that alone isn’t enough to convince you to try this Moscato, you should know that you’ll find Ca d’Gal wines on Michelin-starred wine lists around Italy, most notably at La Ciao del Tornavento of Treiso in Langhe, Heinz Beck’s La Pergola in Rome, as well as Massimo Bottura’s Osteria Francescana in Modena, three of Italy’s most respected restaurants!